“Connecticut Department of Correction suspends visits in efforts to safeguard offenders, public and employees from the introduction of Covid-19 into its facilities.” DOC press release 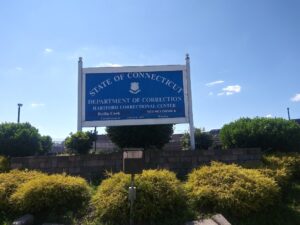 The coronavirus outbreak has been labeled a pandemic by the World Health Organization (WHO). This means it’s affecting many countries and communities at the same time. Prisons are one of the places with ongoing concern. Connecticut prisons hold thousands of inmates including sentenced and accused defendants. To give an example the Hartford Correctional Center according to the February 2020 report the population is up to 908. Connecticut County jails, we have an average of over 10,000 inmates altogether.

In order to avoid any possible interaction with the virus, the Department of Corrections has suspended social visits until further notice.

Important CT DOC update. Operational changes have been implemented to mitigate any risk for staff, the population and the public. #preparednotpanic pic.twitter.com/NxuTvJ8fnt

If you have a loved one incarcerated at a Connecticut prison and you are trying to process their release on bail, you can still process bail bonds. Only social visits have been suspended until further notice. There are other internal measurements taken as stated by Commissioner Cook in a recent release. You can read the release here.

All efforts are being made to contain the spread of coronavirus among the inmate population. The DOC also announced that inmates will have 2 free phone calls per week for the next 30 days.

Visit the Connecticut Department of Corrections FAQs section if you have more questions about the changes.