Hopefully, you or your family should never need a bail bondsman. For whatever reason you might need one, a bail bondsman is there for when you need help most, at any time of day.

If a friend or family member finds themselves in jail, they might be offered a surety bail for their release.

Bail amounts can vary, from a few $100 to $1000s. In a lot of cases, defendants are unable to post bail even if it is under $1000.  Bail bondsmen are there for people who can’t afford to pay the full bail amount, making it possible to secure release. 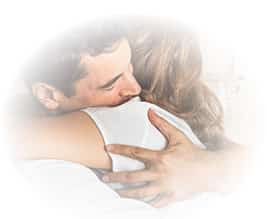 In the view of most people, bail is affordable only to the wealthy. Many people see bail as a disproportionate system, favoring only the rich.

Bail Bondsmen exist to level the playing field, making it possible for less wealthy people to secure their release. By hiring the services of a bail agent, it becomes possible for most to post bail. Bail Bond companies make bail affordable for all.

It works by paying a small premium usually 10% of the total bail amount. This acts as an insurance that the defendant will appear at all court dates.

Since people find themselves incarcerated at all times of day, bail bondsmen usually work around the clock, so people can post bail and return to their families.

Most good bail agents are available 24/7 and some are even available 365 days of the year.  If someone you know finds themselves in jail, and can’t post bail, a local bail bondsman will usually be available to help secure their release.

In most states bondsmen must be licensed to practice, if you are unsure you can always ask to see their license/accreditations.

The person signing the contract then becomes the indemnitor and along with the bail bond company assumes responsibilities such as making sure the defendant appears at all court dates.