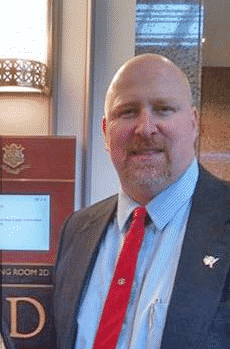 Owner and founder of 3-D Bail Bonds Drew Bloom, has been there from the start. His imaginative mind produced the creative name “3-D” Bail Bonds. He tasks himself with much of the developmental aspects of his company including web development, social media, IT and marketing.
Since 1996, he has worked in all areas of the industry posting bail, Bail Enforcement, collections, administrative and all executive functions of his company.
Drew is also very involved in Bail related legislative actions. He testifies in conjunction with bills raised that affect the Bail Industry annually.
Drew was a founding member and Past President of the Bail Association of Connecticut and a member of the Professional Bondsmen of the United States. Drew has been instrumental in the passage of legislation to help regulate Bail and Bail Enforcement in Connecticut. He currently sits on a Judicial Task Force at the Connecticut General Assembly.
Drew volunteers his time to his local fire department. He has also coached Little League Baseball continuously for the last 5 years. A family man, Drew lives with his wife Linda and 4 children in Hartford County, where he was born and raised.