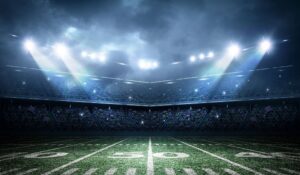 Super Bowl Sunday is once again only hours away! This is the one Sunday many football fans have waited around for all year long. Football fans hoped to see their favorite team being part of it, as we know only two made it. Super Bowl LIV is here, and the San Francisco 49ers and Kansas City Chiefs are gearing up for all the marbles.

Are you hosting a Super Bowl party? or attending one? In either case, the whole idea is to enjoy every Super Bowl moment along with the funny commercials America is known for while keeping the police away from your celebrations.

Tip 1. Shouting and celebrating a little too much.

Tip 2. Do not drink and drive.

Drinking a bit much? Call Uber and get a ride instead of driving drunk. Save your life and others. After all, do you really want to share a cell with someone from the opposite NFL team? Probably not. On the other side, the bail bond may be a small bail amount but the consequences of an arrest are life-changing so call Uber or set a designated driver if you plan on going out.

Tip 3. Don’t get so worked up because your loved one or friend walked in slow motion across the TV during a crucial football play.

For football lovers missing an important play on Super Bowl Sunday is more than frustrating. Always, avoid violence. Keep it cool and if it helps think that there will be always another Super Bowl next year.

Tip 4. Avoid being on the spot if you have an outstanding warrant.

First of all, you should take care of that active warrant so you don’t suddenly end up locked up in a cell at the wrong time. Easily a traffic violation can place you in jail due to an active warrant.

Tip 5. Stay away from Facebook or any other Social Media channels when drinking.

Alcohol, excitement and a phone can be true ingredients for trouble. Sharing a little extra information on Facebook can lead to self-incrimination. Very often individuals get arrested over big events like the Super Bowl, by sharing incriminating photos and videos. Comprising data that gets published can land you in jail.

3-D Bail Bonds is here to bail you out even during the Super Bowl. Remember our priority is to keep you and your loved ones safe. An arrest is a serious matter, that’s why we can have a bail bondsman sent to any and every CT town to serve your bail bond needs as fast as possible.

We have licensed bail agents in Hartford, East Hartford, New London, New Haven, Bridgeport, New Britain, and Willimantic so each of them is located within minutes of the local police departments.

The Atlanta Falcons and the New England Patriots will face off on Sunday, February 5 at the biggest game of the year: The Super Bowl LI. The Northeast will celebrate indeed. The New England Patriots will be going for their 5th Super Bowl title, which would put them in a tie for second all-time with the San Francisco 49ers and the Dallas Cowboys. Tom Brady is playing for his 5th Super Bowl ring which would make him the all-time winningest quarterback in NFL history. Meanwhile, the Atlanta Falcons will be looking for their very first championship in the 66-year history of the franchise, led by QB Matt Ryan, who incidentally, attended Boston College. 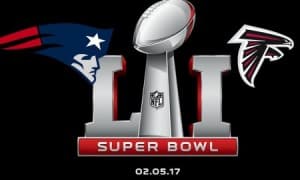 Let’s enjoy the eating, the hilarious commercials and most importantly the game, as there is no more football after Super Bowl Sunday until September!